Melanie Mena grew up in Ontario but her roots are from Newfoundland. At a very young age, her Uncle Bill gave her the nickname “Mud” because she was often found in mud puddles making mud cakes to serve at her pretend tea parties.

In high school, Melanie was introduced to clay and made her very first mug. After graduating university with a degree in English & Communications, Melanie moved to Victoria, BC, and started working to pay her rent, putting her creative pursuits on the backburner.

Eventually moving to Vancouver, Melanie took a beginner’s wheel throwing class in 2004 and has been hooked ever since.

Melanie and her husband decided to move to Prince Edward County. They opened The Black Licorice Tree Bed & Breakfast in 2012. Right behind the B&B is the Mena Dragonfly studio & gallery. 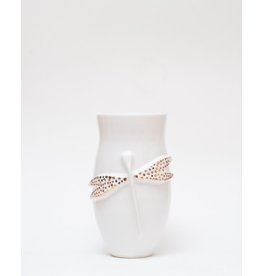 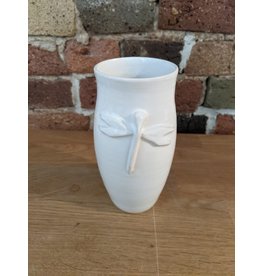